Most people balk at the thought of giving a speech in front of an audience. Your palms start to sweat, your mind turns blank, and your tongue doesn’t seem to form the words you want to say. This feeling is called glossophobia or speech anxiety, the fear of public speaking. The dread and discomfort usually come from thoughts of being embarrassed or ridiculed if you make a mistake. Previous experiences of the audience not paying attention or acting judgmental can also affect a person’s motivation to speak in the future.

Associate professor and doctor Craig Sawchuk, whose main research is improving anxiety and depression treatments, shares that this fear, while common, can be overcome with preparation and persistence. Understanding your topic, whether it’s why dogs are better than cats or the benefits of getting epoxy flooring for your restaurant, can make you less likely to make a mistake. It also makes it easy for you to improvise and recover even if you get off track.

However, the best way of slaying public speaking fears is through deliberate and constant practice. You will learn your strengths and weaknesses and how it feels like to present to an audience, as well as get feedback to do better. This is why joining a Toastmasters Club can help develop you into a better speaker and storyteller.

Toastmasters (TM) International is a nonprofit educational organization with 16,400 member clubs in 141 countries to promote communication and public speaking. They adopt a local club-based structure where each club is a separate entity following guidelines and requirements from the main TM organization. This independence, while being supported with resources and technology, is what differentiates TM from other public speaking training programs. There is a sense of autonomy and camaraderie in clubs, which are prevalent in organizations people used to join in college.

The clubs usually meet twice a month, where members give prepared speeches according to their chosen track. An evaluator, often an experienced club member or guest, offers comments on what to improve and how to sustain the good points. This kind of instant constructive feedback is vital because a person can easily modify their speeches instead of repeating the same mistakes and being wary of any evaluation.

An international public speaking championship is also held every year in August. Hopefuls undergo a six-month process of elimination that starts from their club, then district, and country before flying in for the semifinals. The finalists are judged based on their speech’s content, organization, style, and even how they utilized gestures and tone of voice.

Why should you join? 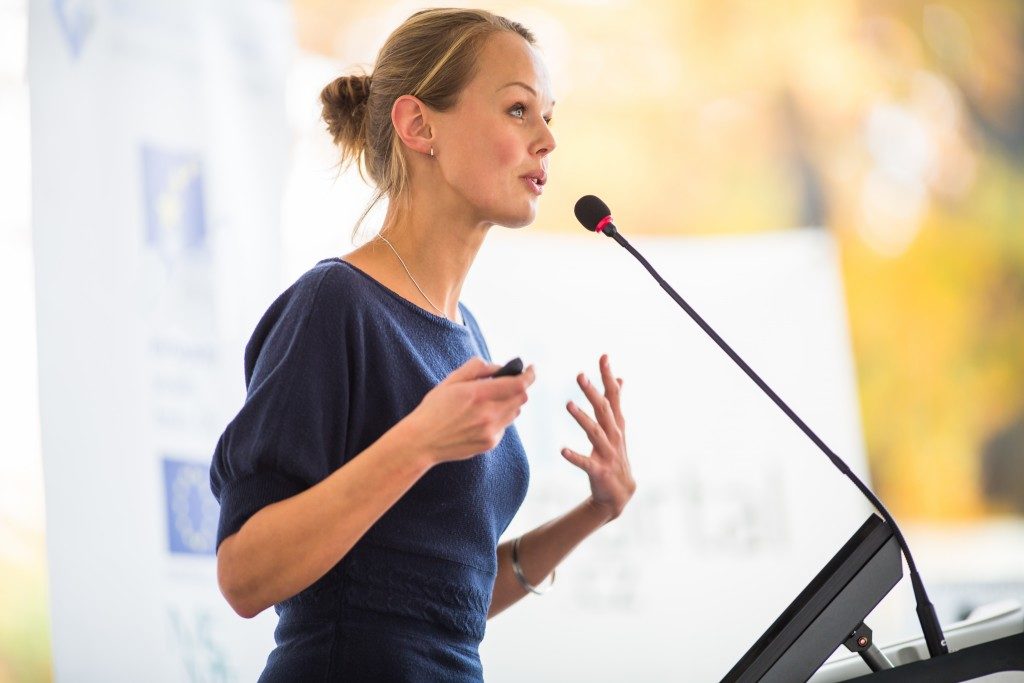 Apart from the obvious reason of becoming a better speaker, TM will help you become a better listener and evaluator. You get to listen to speeches by people from all walks of life, diving deep into topics you haven’t heard before. It’s like hearing many mini TedTalks as each speech goes for five to seven minutes. Eventually, you’ll also train to become an evaluator. You’ll know what to watch out for and how to give feedback, which you can use in your speeches, too.

Since it’s an independent club, you’ll develop your leadership, facilitation, and persuasive skills. Being an officer of TM can expose you to situations where you need to step up and lead the club to success. There are also a variety of other roles during meetings, apart from being a speaker and evaluator. You can opt to be the Toastmaster of the Evening, Table Topics Master, Grammarian, Ah Counter, and other roles.

Joining a Toastmaster club will help anyone get the hang of public speaking through constant practice, instant constructive feedback, rich resources, and leadership opportunities. Next thing you know, you’ll be the one looking for public speaking events.