Home is the one word that has been thrown around regularly during the pandemic. It has come to symbolize a strategic retreat. To keep the virus at bay, millions of America’s schoolchildren are skipping the in-person classes and home school instead. Additionally, the majority of Americans are now working from home since April, a year after the first COVID-19 case was detected on the soils of America.

But, there’s an unfortunate twist to all these. While the virus pounded the country, cases of domestic violence have risen all over the Land of the Brave. Pundits point a finger at the tight situation for making things worse between the American couples. For starters, the virus has caused major economic woes. Secondly, the traditional support system from community resources enjoyed by everyone has vanished during the pandemic. In short, it’s definitely trying times for millions of American families.

However, domestic violence is a vicious cycle. Psychological aggression is being experienced by about 43 million women along with 38 million men in America. Worse, there are over 4 million women who suffer from physical abuse in a normal year.

Indeed, if you’ve been suffering in silence, it’s high time you take action — before it’s too late. Listed below are key strategies you can use to get out of such an abusive relationship.

It Can Spiral Pretty Fast

Perhaps, it’s all about power play. But once you let your partner get away with hitting you, he’s bound to do it again. Most of those who report domestic violence have done so after many instances. Sadly, many times it can end up in deaths.

The gruesome story of a string of murders in Alaska should be telling. While all the murders happened during the pandemic, these sad deaths happen in the villages of Western Alaska, an area hardly affected by the virus.

One of the cases was that of Carol Abraham. She was beaten to death by her 47-year-old boyfriend, Glen Holmberg. What’s worse is she warned her family and even friends that such an awful scenario could happen. She was killed on June 28, 2020.

Days before that,  a 50-year-old woman’s body was found at the home she shared a bed with her partner. She was scalped. Also, from the same area, an accused man purportedly beat his wife to death using a crowbar.

All these tell you that being brave enough to do something about it when you’re a victim of battery is thinking straight. It can mean you staying alive.

If your partner hits you, then you should take immediate action. A good start is to contact your local domestic violence relief agency. As experts, they can provide guidance. What’s more, they can forward you to a shelter where you’re safe.

So if your partner is violent, you should take all necessary steps to get to safety. And that should include your children. Once, you’re safe then it’s time you focus on taking legal action.

It’s best that you talk to a family attorney before you do anything drastic. Take note that there are various statutes regarding divorce and separation from one state to another. With a competent lawyer, you should be able to act wisely without compromising your case later on.

For instance, leaving the house may not be your best choice. Depending on the circumstances, the court may find your reason flimsy. Doing so could affect your alimony situation. Worse, you could be barred from returning until after the property is divided by the court.

Indeed, the legal aspects of a divorce or settlement can be worrisome. Getting a lawyer allows you to be able to navigate such treacherous waters without undermining yourself.

So unless you’ve discussed the matter with a reliable attorney, it’s best you stay in your precious abode. Of course, if your partner becomes violent, then you should seek shelter somewhere else. Here’s a list of resources by state you can use to proceed. 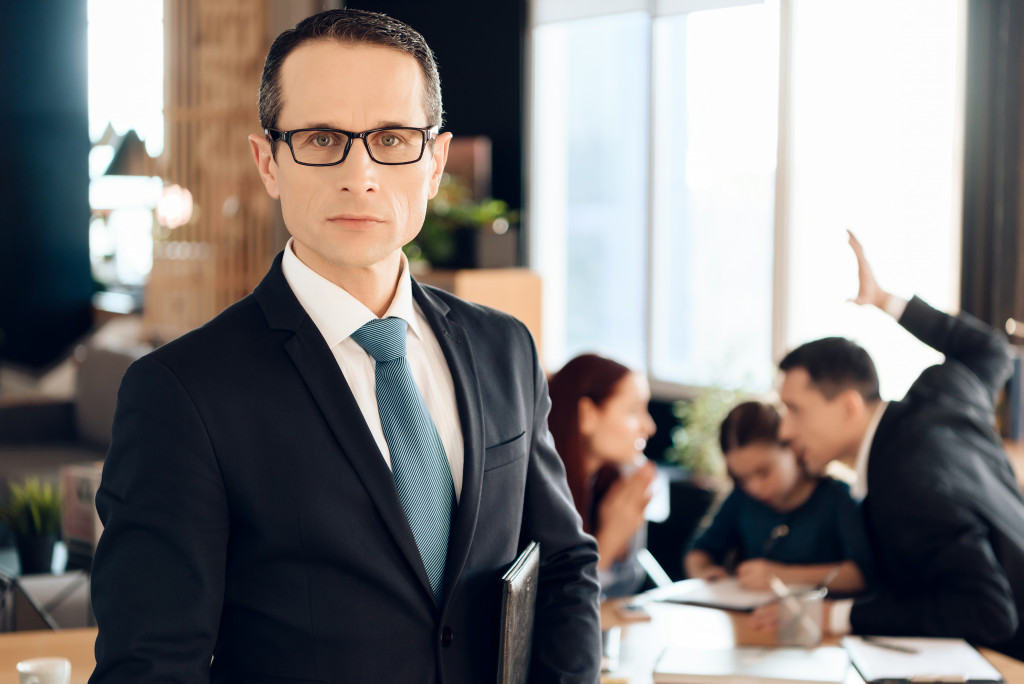 Request for a TRO

If you choose, you can file criminal charges if you’re assaulted by your partner. Depending on the nature of the crime, you can file:

Also, depending on your state’s statutes, you should look into the possibility of depending on the civil code. Usually, you can get a court order without having to go through the usual notice requirements, so you’ll be allowed to keep key possessions: the car, the house, and the kids. Plus, your partner may be asked to stay away.

A temporary restraining order (TRO) means your partner will be required to stay away and will be liable if he doesn’t. It’s a tall order but an abusive partner is the last thing you need to be happy. So it should be all worth it.