You may have experienced being part of a team with a co-worker that’s hard to work with. These are situations that can be difficult to address, and you’ve probably felt uncomfortable in facing them. What you’re experiencing may be positive or negative conflict.

Positive conflict brings about ideas that are open to change and improving services, while negative conflict deals with combat rather than debate. One of the most common causes of conflict is peoples’ differing work styles and backgrounds. When people understand these differences, they are able to work together and bring positive results.

There is a model that suggests that there are four types of people working in an office. First, you may have a colleague or employee who’s logical and good with data. Second, an employee who’s emotionally driven and expressive; third, a strategic team player; and fourth, an employee with good attention to detail and organisation.

You may have noticed these differences in team projects, so it’s best to understand each person’s strengths and highlight them on the job. A team with different working styles can be a beneficial one, as their different strengths target different aspects of a project. Indeed, often a project will require a host of different skills and a mixed group working in unison stands a good chance of success. 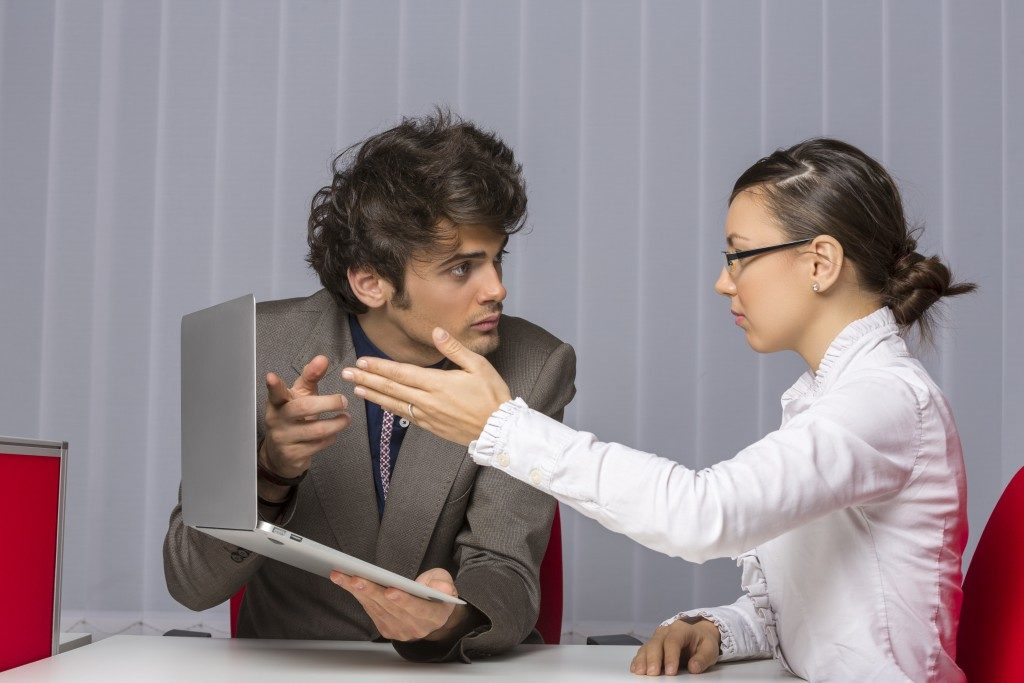 Now that we’re familiar with different working styles, it’s time to find out how to address problems that arise from them. When you address concerns, the team should be able to work better together in achieving a common goal.

The first step in resolving a conflict is to find out the source. Talking to the people involved and their superiors can give you information on what caused a conflict or misunderstanding. Having a discussion in a separate room, such as one provided by companies like Biltmore Office Spaces, can help soothe tensions.

Next, allow the team to be open by listening to their concerns and reasons for their behaviour. When everyone hears what people have to say, there is room for settling disputes, communication, and misunderstandings.

It’s important to understand concerns with the team instead of talking to people one-on-one. This form of communication means that people are seen as a team and must work together. People are also able to see the differences in how their teammates think and do work, which will help the team do better.

Working collaboratively can result in the best outcomes for working projects, but has the challenge of facing conflicts. Not all conflict is bad, as a healthy debate can bring fresh perspectives and improved mindsets.

When dealing with a team having different backgrounds, it’s important to highlight the strengths of each person and not dwell on their weaknesses. Second, each member of the team must understand that differences do exist and that each person can bring something to the table. When people in the group start feeling valued, they’ll soon learn that working together is something they can achieve.